October Athletes of the Month 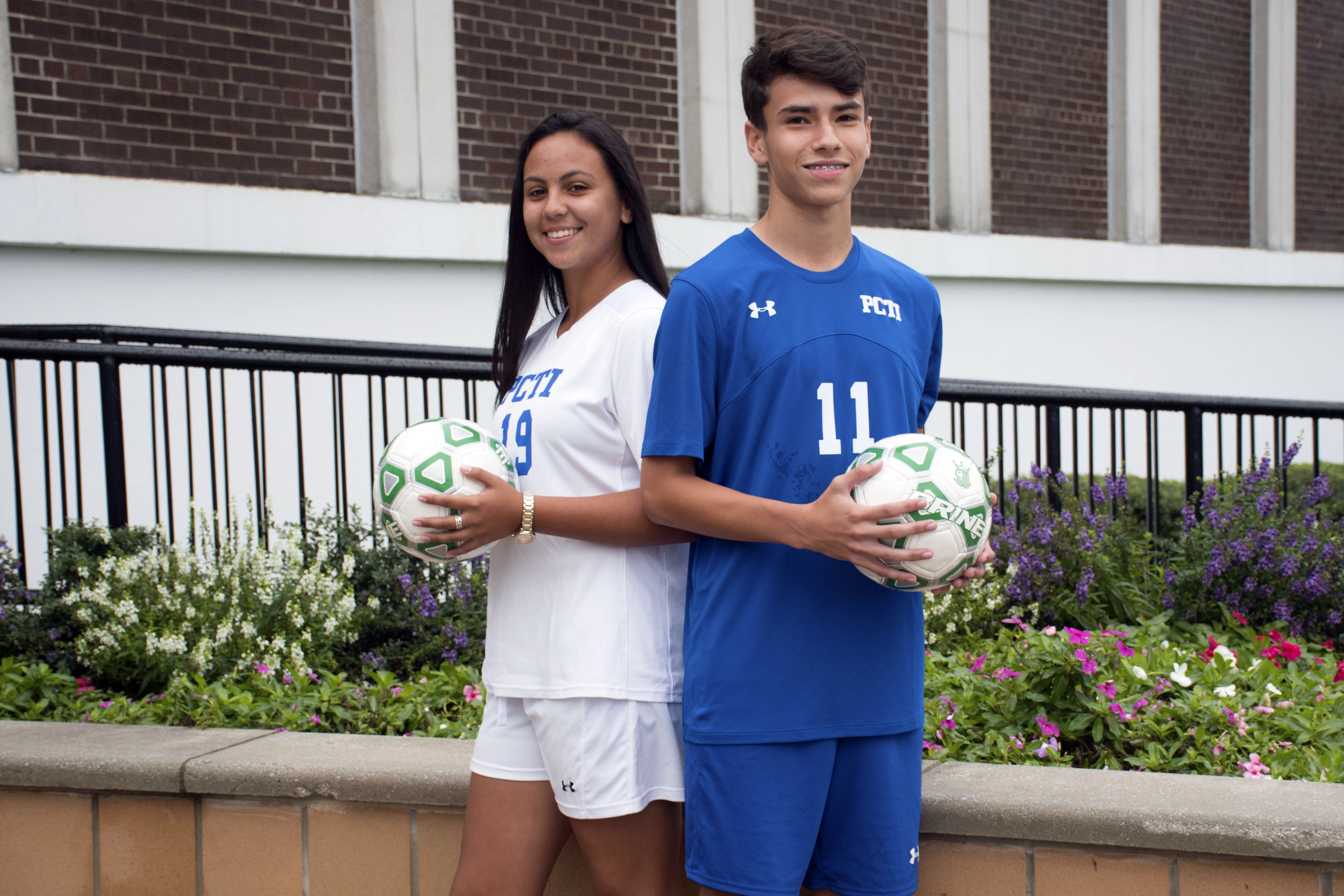 Congratulations to Britany Lopez and Christopher Pena (Soccer), October’s Athletes of the Month!


Britney Lopez is a three-year varsity starter who:

As a junior, has had a very successful season as a leader on the Girls Soccer Team. Britney’s defensive tactics, and her ability to occasionally make offensive appearances, makes her an irreplaceable asset to the Lady Bulldogs’ soccer program. Britney has played in every varsity game for the past three seasons. She’s one of the only players who has seen an entirely different view of the game every single time. As the Girls Soccer season grinds to a halt, Britney has 4 goals and 1 assist - keep in mind those stats are presented from a defensive position. Britney displays her skills by assisting with corner kicks and setting pieces along by defending some of the best attackers in the county. Coach Kiernan states, “Britney is the most valuable player on our team and the type of soccer player that every head coach would beg for.” We wish Britney and the entire Girls Soccer program the best as we close the Fall 2017 season.


Christopher Pena is a first-year varsity starter who:

Has had a tremendous junior season as one of the underclassmen leaders of the Boys Soccer Team. As a junior on the squad, Christopher emerged as a solid forward with offensive “attack” as the primary focus for the Bulldogs. His blazing speed down the left wing keeps most defenses on their heels. Chris also baffles defenders with his footwork and Bulldog tenacity. At this stage of the season, Chris has four goals with four assists and has helped the Bulldogs earn the #6 seed in the county tournament. Equal to his offensive skill set, Chris, as a midfielder, has stopped many of the oppositions’ offensive attacks leading the team to an 8-5-1 record. He and his team are looking forward to the NJTAC Tech tournament finals and a solid seed in the NJSIAA state-playoffs.

Academically, Christopher is studying electronics, he holds down a 3.69 GPA and ranks in the top twenty-five percent of his class. We wish Christopher and the entire Boys Soccer program all the best as we close the Fall 2017 season.